Narguess Noohi and her husband Vahid Chitsazzadeh are a true power couple in the financial industry. Together, they are building a strong business headquartered in San Fernando Valley (Woodland Hills), CA, with satellite offices in San Diego, Irvine, and Antelope Valley.

Narguess was born and raised in Los Angeles, CA. Her parents immigrated to the United States in 1977.The daughter of a successful business owner and a teacher, Narguess always knew she wanted to not only make a difference in the world, but to be financially successful as well. She graduated from the University of California, Irvine with a Bachelor's in Psychology and Social Behavior and went on to Pepperdine University School of Law where she earned her Juris Doctorate and served as first Vice President, and later President of the Student Body.

Narguess was introduced to Syncis by her now husband, Vahid Chitsazzadeh. A the time, she was working as an attorney for a Civil Litigation/Insurance Defense firm for about two years. After seeing the vision of the company, the care of the leadership, and the services the company provided, Narguess made the transition to working full time with Syncis in 2012. She absolutely loves working in an industry where she gets to help people set and reach their goals on a daily basis. Narguess and her husband Vahid are Executive Field Directors with Syncis, have earned their $500K achievers ring, and have been repeatedly recognized as top producers and recruiters in the company. 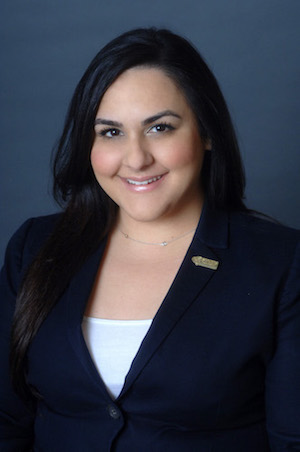