Liana was born and raised in Armenia, in a family of poets and authors. In school she studied Armenian Literature with plans of becoming a teacher. After starting her family in Armenia and having 2 children, they decided to make the move to America in 1999. They first moved to San Francisco, where she started her career in the retail pharmacy industry.
For the last 17 years, Liana grew and prospered in her own career while helping her husband with his businesses. Nevertheless, even though she had been in the country for almost 20 years, she had never been educated on any financial concepts that Syncis taught.

Liana was introduced to Syncis in 2013 when her daughter Nvard Gayanyan joined the company. However, she did not start at that point but did attend company annual conventions time to time and did her own family's planning. It was not until the 2016 Kick Off Convention in Anaheim that she decided to actually get started with the firm.

Liana’s main reason for taking on a second career with the company was the uncapped potential of growth. Coming from an industry where growth can be very limited, she was looking for something that was more challenging, that pushed her out of her comfort zone, resulting in personal growth. She found herself surrounded with like-minded individuals who wanted to achieve more in their life. Liana feels proud to be part of such an amazing organization that is impacting the community every single day. 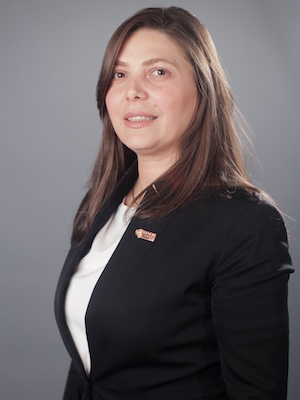