JONATHAN started with Syncis when he was just 19 years old. A son of immigrant parents, Jonathan knew from a young age that it was not only expected of him to be successful, but that he truly wanted to achieve success as well. Sadly, Jonathan’s father passed away from cancer in 2009. He had promised his father that he, as the eldest son, would take care of the family. Losing his father at such a young age was and still is one of the hardest things that he has had to endure. Nevertheless, that last conversation that he had with his father, promising that he would provide for our family, gave Jonathan the strength and determination to do anything and everything to make sure he kept that promise. Prior to joining Syncis, Jonathan was a college student and a leading Martial Arts instructor.

Jonathan made the transition into financial services full time not only to create a lasting business, but because he truly wants to help families thrive. After he met Vahid Chitsazzdeh that first time in the then Encino office, and explained what Syncis does for families, Jonathan could not help but to think of his own family, to think that if his parents had sat down with Vahid or another Syncis agent, how different his life could have been, and how his family would have been given the luxury to grieve without any financial pressures. Jonathan’s strength lies in helping individuals and small business owners grow and protect their assets. He is also one of the top trainers in the SF Valley office, and has recently branched out and opened up affiliate offices. 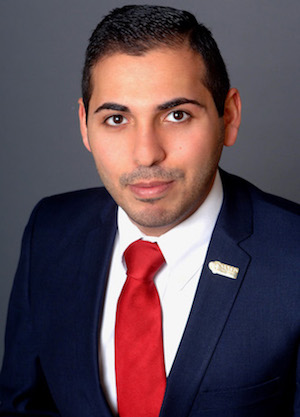